The doctor opened a vein.6 A lot of blood was taken, and at last the captain opened his eyes. He locked at the doctor and then at me; we saw he did not understand what was happening. Then suddenly he remembered everything, and at once tried to get up.

"There is no Black Dog here," said the doctor. "You have drunk too much rum, and you have had a stroke, just as I told you, and I have brought you back to life. And now, Mr. Billy Bones —"

"That's not my name," said the captain.

"I don't care7 whether it's your name or not. I only want to repeat that you must stop drinking. If you don't stop drinking rum, you will very soon die. Now try to get up and go to your bed. Jim and I will help you."

The captain was very weak. He was a tall man, and it was difficult even for the two of us to take him upstairs and put him on his bed.

"Now remember what I have said. If you don't stop drink­ing rum, it will kill you," the doctor repeated.

He took me by the arm. "The man isn't dying now," he said at the door. "We have taken enough blood. He must-lie in bed for a week, — that is the best thing for him and you. One glass of rum will not kill him when he is well again. But if he doesn't stop drinking, another stroke will kill him."

Then the doctor went to see my father.

A few hours later I stopped at the captain's door with some medicines. He was lying in the same position, and I saw that he was very weak.

"Jim," he said as he saw me, "you are a good boy, and you know I have always been good to you. Every month I've given you a silver fourpenny for yourself. And now you see, Jim, I am so weak and ill. You'll bring me one glass of rum, Jim, won't you?"

He stopped me at once when he heard the word "doctor".

"Don't speak about doctors," he said in a weak voice. “And that doctor there, what does he know about seamen? I've been to such places, and I've seen so many countries and so many seas, and I've seen people dying around me—what does your doctor know about all that? — and I lived on rum,2 I tell you. And if I don't have my glass of rum now, I am a poor old ship on a shore,3 and my blood will be on you,4 Jim, and on that doctor. That doctor doesn't understand anything, I tell you. He himself said one glass of rum will not kill me. I heard him. I'll give you some more money, Jim."

He began talking quicker, and louder. I was afraid he was going to shout at me, and I did not want my father to hear. The doctor said my father was in very, very poor health. And I also remembered the doctor's words about the glass of rum.

When I brought it to him, he drank it all at once.

"Well," he said, "now that's better. And now, Jim, did the doctor say how long I must lie here in this old bed?"

"A week!" he cried. "A week! I can't do that. They will have the black spot on me5 if I don't run away. Those people know where I am, and they may come any minute now. They have spent all the money they had, and now they want to have mine. But I'll fool them again. I'm not afraid of them. I’ll run away, Jim, I'll disappear, and I'll fool them all."

As he said this, he put his hand on my shoulder and got up. He was very weak. He sat on the bed for a minute and then he lay down again.

"Yes, Black Dog," said he. "He's a bad man. But those people who sent him here are still worse. Well, if I can't run away, and they have the black spot on me, remember, Jim, it is my old sea-chest that they want to get. You get on a horse6 — you can, can't you? Well, you get on a horse and hurry to that doctor, the magistrate — he is the magistrate here, isn't he? — and tell hint to take all his men and arrest those people at the "Admiral Benbow", all of them at once — all old Flint's crew. I was his first mate. Captain Flint's first mate. I know the place, only I. They don't know it. Captain Flint gave me the map of the place when he was dying — the place on that island where the treasure is. But you do what I am telling you now only if they have the black spot on me or if you see that Black Dog again, or a seaman with one leg, Jim. That man with one leg is the worst of them."

"But what is the black spot, captain?" I asked.

"It's a summons,7 boy. I'll tell you if they have the black spot on me. But you look well, Jim, and do as I tell you, and I'll give you half the treasure, I will, Jim, upon my honour."8

He went on talking, but his voice became weaker and weaker, and when he took the medicine, he closed his eyes and soon fell asleep.

"What must I do? What must I do now?" I asked myself. “Must I go and tell the doctor everything?" I did not know. 1 could not decide.

It so happened that my poor father died suddenly that evening, and I forgot all about the captain's story: I had to think of my mother and the people from the village who came to visit her, to help with the funeral,9 and do all the work of the inn. I had no time to think of the captain and his story.

The next morning the captain got up and came to have his breakfast as usual. Though he ate little, he drank a lot of rum. I did not give it to him. He took it himself and nobody tried to stop him. On the night before the funeral he was drunk. He forgot that my poor father was lying dead in the house and sang his terrible old sea-song. Though he was very weak, we were all afraid of him, and nobody was brave enough to tell him to stop. Only the doctor could do that, and he was away at another village.

On the day after the funeral, at three o'clock, I was standing at the door of the inn for a moment, thinking about my father, when I saw a stranger walking slowly along the road. "He must be blind," I thought. He was tap-tapping before him with a stick.10 He was dressed in a very old sea-cloak. I never saw in my life a more dreadful-looking man.11 He stopped not far from the inn and spoke in the voice all blind people have when they want to know something.

"Will any kind friend tell a poor blind man, who has lost his eyes in defence of his country, England, — where or in what part of this country he may now be?" he said.

"You are at the "Admiral Benbow" inn, Black Hill" Cove, my good man," said I.

"I hear a voice," said he, "a young voice. Will you give me your hand, my kind friend, and take me into the inn?"

I gave him my hand, and the blind man gripped it like a vice12 I tried to have my hand back, but it was too late.

“Oh, you can’t, can you? Take me to the captain this moment, or I’ll break your arm."

"Sir," said I,"I am not afraid for myself, I am afraid for you. The captain may kill you, sir. Another man —"

I never heard a voice so cold and terrible as that blind man's. It frightened me so much that I walked with him straight through the door of the inn and into the parlour the captain sat quite drunk.

I was so much afraid of the blind man now that I had to do what he said. When I cried out: "Here's a friend for you, Bill," the captain looked up at us, and at once the rum went out of him. His face lost colour. He tried to get up, but he was too weak.

"Now, Bill, sit where you are," said the blind man. "I'm blind and I can't see, but I can hear very well. And I shall do what I must. Boy," he said to me, "take his right arm and bring his right hand near to my right."

"Now that is done," said the blind man. He let my hand go14 and quickly, very quickly for a blind man, left the parlour and went out into the road. Then I heard his stick tap-tapping as he walked away.

For some time neither I nor the captain could move. I was still holding his arm. When at last I let it go, he opened his hand and looked at what was in it.

"Ten o'clock!" he cried. "Six hours. But we still have some time!" and he jumped to his feet. But at the same moment he fell face down on the floor.

I called to my mother and ran up to him. She came at once, but we could not do anything. The captain was dead.14

4 The man has had a stroke – С ним случился удар.

9 to help with the funeral – помочь в устройстве похорон 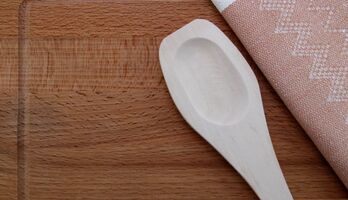 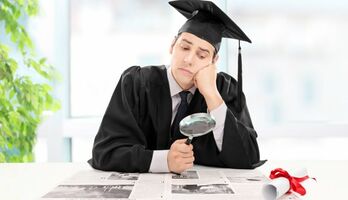 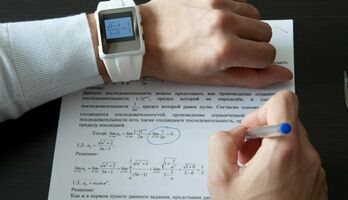 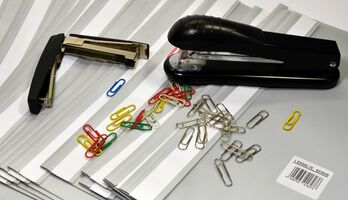